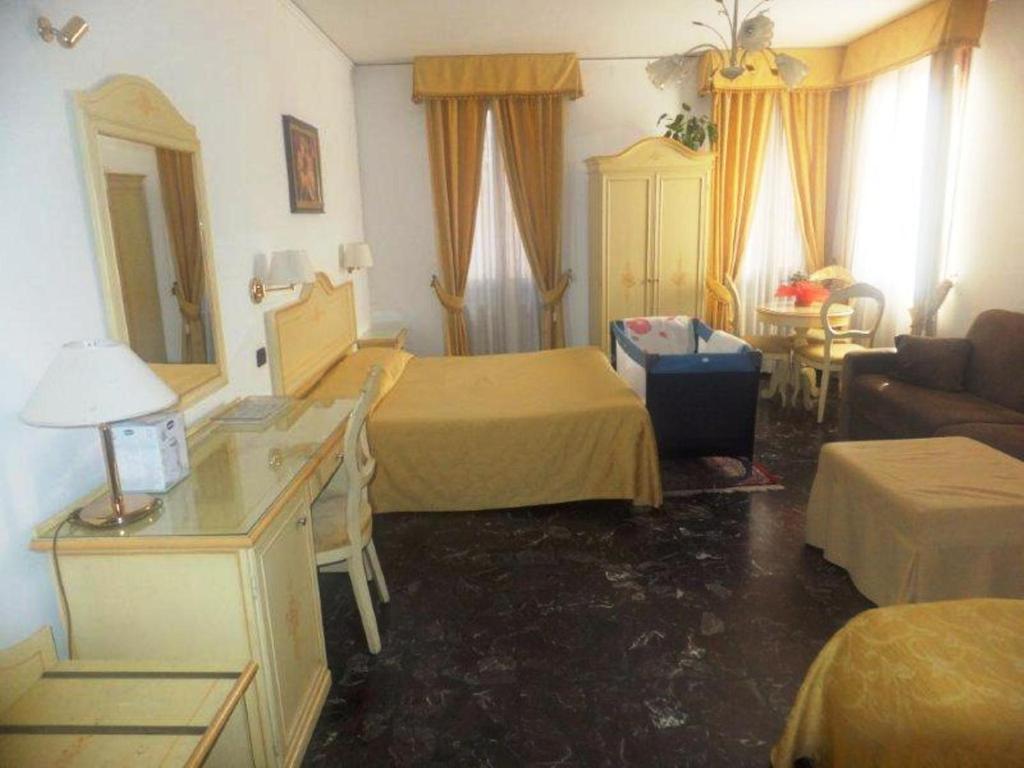 Between magic and reality, you’ll find a lovely stay in Venice’s “calli,” “campi,” and “rii” in this fantastic world. Another chance to see such a magnificent city may be found at “Ca’ del Pozzo,” where the rooms, completely refurbished in September 2003, are located 5 minutes from the Accademia Bridge and just two steps from Saint Mark’s Drawing Room: Saint Mark’s Square!

Ca’ del Pozzo is the perfect place to stay whether you’re looking for a short or long trip, even if you have a large family. Mr Giangaspero and his team will be more than happy to help make your Venice experience as wonderful as possible.

Our rooms are all Venetian-style with a modern twist and contain the following amenities:

P.le Roma (cars and buses) or the Santa Lucia railway station are only a 18-minute drive from Cà del Pozzo, while Piazza San Marco is just a 3-minute walk away. Stroll through Rialto Area, where you may view the renowned bridge or go shopping for seafood in the fish market while sampling Venetian wines and dishes. If you keep going, Saint Mark’s Square will be visible immediately ahead of you; Grand Canal is not far from St. Mark’s Square, which is the city’s real center. And if that wasn’t enough, Grand Canal is only 150 meters away! As a result, our visitors have no trouble getting around Venice by public boat to any area of the city or the islands: Murano, Burano, and Torcello in the lagooned basin surrounding it

Saint Mark’s Basilica: The breathtaking Venetian church, adorned with five stately domes, looks strikingly similar to the ancient Constantinian church. It was restored in early centuries of the previous millennium–during Venice’s Golden Age when it held powerful sway over Mediterranean culture and economy. The exterior of this temple, symbolic of Serenissima domination, boasts majestic marble carvings, mosaics bas-reliefs–all made from rare materials sourced in Ravenna Bisanzio and Aquileia. Inside you’ll find a Greek cross layout along with columns that support the dome structure.

SCUOLA GRANDE DI S. ROCCO: Scarpagnino and Bon constructed this university in 1515, and it became renowned thanks to Tintoretto’s paintings. He worked here for almost two decades, painting numerous works that are now important examples of Venetian painting during the Renaissance and Mannerist periods. Giorgione, Tiziano, and Tiepolo also left their pieces here.

Guggenheim Museum: The final section of Gran Canal, which included the magnificent Palazzo Labia and other Baroque edifices, was constructed in the 18th century. Perhaps one of the goals of its initial owner was to create it in order to fulfill one of these objectives. A garden rather than a ground floor with white Istrian stone known as “Pietra d’Istria” is located behind the rear side of the structure. Peggy Guggenheim acquired the building and quickly became one of the most prominent locations for contemporary art by exhibiting works by Kandinsky, Pollock, Ernst, Chagall, Dalì, and others.